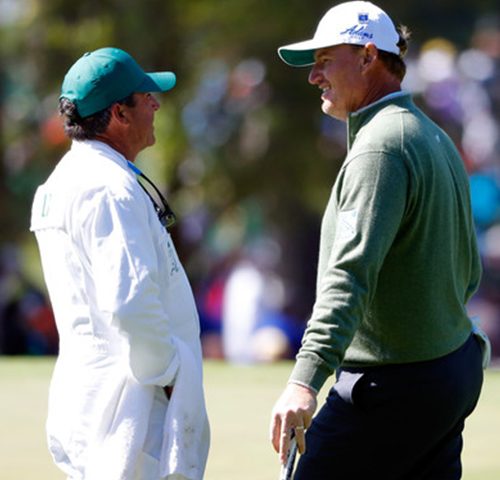 Cayce Kerr built his career as a professional—one might say celebrity—golf caddie with his uncanny ability to anticipate others’ needs, spot and seize the right opportunities, and be tremendously entertaining. It turns out these skills are just as useful for Kerr off the course, in the launch of Els Iced Coffee, a blend of cream, coffee and 12% alcohol that he created with longtime friend and employer, Ernie Els. “My vision was to create the first iced coffee-with-a-kick on the market,” says Kerr. “I went to Wisconsin, America’s dairy land, to source fresh cream and combined it with natural coffee and alcohol. It’s early days but already taking off.”

Matthew Tritton, Curtis Luck’s caddie, is a part-time carpenter in San Diego, while Rickie Fowler’s caddie Joe Skovron marketed a golf clothing line until he realized there was more money to be made working for Fowler. Then there are those who branch into the media, most recently Jim ‘Bones’ Mackay, who has parlayed his name as Phil Mickelson’s long-time bagman into an on-course commentary role at NBC. But no tour caddie can hold a candle to Cayce Kerr, an indefatigable 57-year-old who has worked for a string of world class players in a three decade-long career.

Kerr, a born salesman, was the man who introduced Rangefinders to the professional game in 1996, selling, he says, about 350 at $3,300 each to tour players. Some 15 years later, he has dabbled in chocolate wine, before tweaking ingredients at the urging of his current boss, Ernie Els. “When he wanted to market this chocolate wine, I said ‘No, this is too good to be wine, it’s got to go as a drink,’” four-times major winner Els told Reuters.“And then he absolutely went to town and changed the drink a little bit. Now it’s become this (alcoholic) iced coffee with three different flavors.”

Many were skeptical at first, including the brand’s third partner, Steve Karp, President, Carriage House Imports: “I had no interest in being in the cream category, but once I tasted the product I realized we wouldn’t be competing in the cream category. This is an iced coffee. We’re targeting the people who drink iced coffee in spring and summer, and sometimes even the winter—it’s a massive market.” Kerr has been converting retailer after retailer with his in-store tastings. “In every store I’ve been to, I break records of number of bottles sold,” he explains, citing examples of stores where many hundreds of Els Iced Coffee bottles will sell in several hours’ time as he pours. “When people try it, they buy it. When I’m in a store, I’m a monster,” he adds. (Karp confirms: “He’s electric—if I had 50 Cayce’s, this would a half a million-case brand.”)

Wisconsin was the brand’s first market, followed by the nation’s two strongest coffee markets, Rhode Island and Massachusetts, and most recently New Jersey, where it quickly surpassed expectations. “It’s unlike anything we have seen,” Karp says, describing a single store that sold 200 cases in just a few weeks, and a high rate of reorders already. While the focus has been offpremise, Karp sees restaurant interest, including one in Montclair, NJ, where the mixologist uses it to make an outstanding Coffee Martini.

A lot of the Els Iced Coffee’s versatility has to do with being lowalcohol and light-bodied, believes Kerr: “It’s only 12.5% alcohol and it’s not cloying or thick; once people discover how light, clean and balanced it is they see endless possibilities. It’s a great brunch alternative, a perfect start to a happy hour, and great with dessert or as a night cap. People pour it on ice cream, and spike it up with vodka.”

It’s this taste profile that convinced golf hall of famer Ernie Els to put his name on the product in the first place. And the association has proved helpful. “I didn’t realize how much value Ernie Els would bring to this brand, says Kerr. He’s an iconic name in the golf community, but he goes beyond that, perceived widely as charismatic and genuine.” Particularly with the trade, explains Karp: “Ernie Els’ celebrity especially resonates with wholesalers and retailers, which is critical to our success.” Yet when it comes to moving off shelves, it’s the trifecta of taste, look and competitive price ($9.99 for 750ml) that explains Els Iced Coffee’s success, Karp attests. It’s a formula the company is applying to brand extensions now making their way to market: Els Iced Chocolate and Els Iced Chocolate Mint. “Now, everywhere you turn, we gotcha,” adds Kerr. 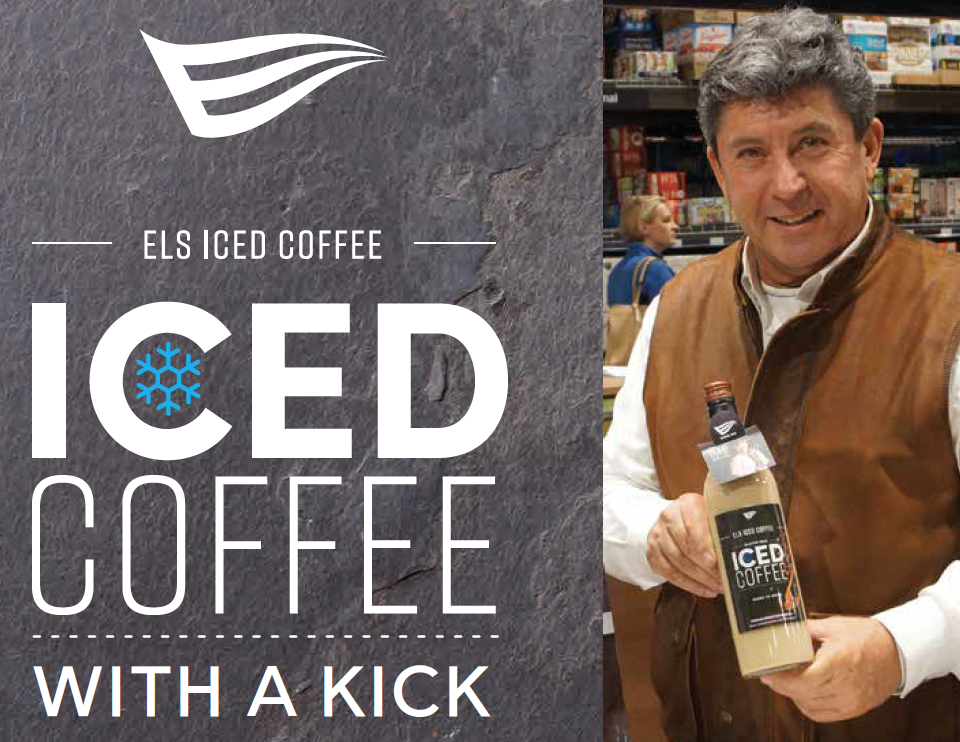 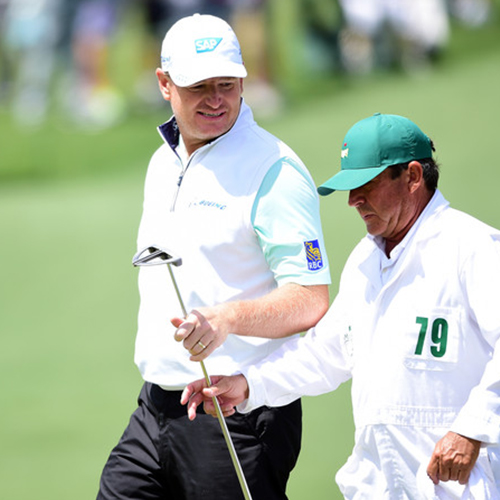